Visualize is a cervical cancer screening trainer that aids in teaching midwives in Ghana how to screen for cervical cancer using visual inspection with acetic acid (VIA).

Our device has been iteratively tested with midwifery educators, students, doctors, and health administrators. We now aim to implement the device at midwifery training institutions in Ghana to support students learning to screen for cervical cancer.
Registered in United Statesin United States 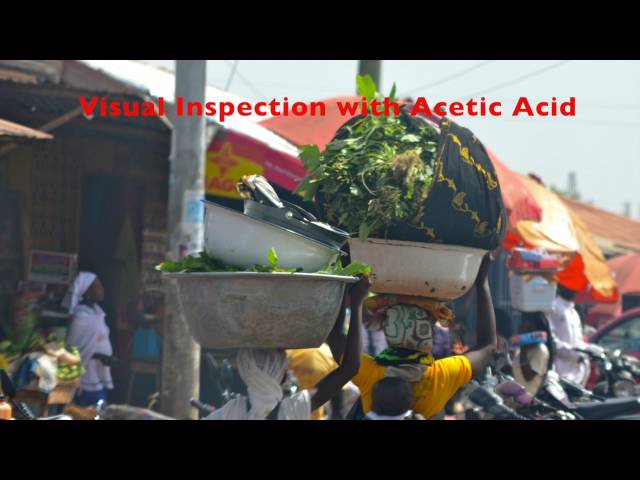 Every year, 275,000 women die from cervical cancer. Eighty percent of these cases occur in low and lower-middle income countries (LMICs). Screening for cervical cancer significantly reduces this mortality rate, given that most cervical cancer and pre-cancer cases caught early are treatable. In Ghana, where our project is based, cervical cancer is the number one cause of cancer-related death for women and less than 5% of women have ever been screened. The commonly used Western screening method of the Pap smear is expensive and inappropriate for use in LMICs. Many LMICs lack the proper infrastructure for the Pap smear, and it is therefore not widely used. VIA is a low-cost and effective method to screen for cervical cancer but is not currently widely used, due to a lack of training and awareness of the method. Simulator based training is used in many medical training scenarios and is shown to be an effective method of acquiring a new clinical skill. Currently, there are no medical simulation trainers that allow midwifery students and midwives to train in visual inspection with acetic ac

The Visualize trainer is a low-cost box training model built to aid midwives in learning to perform visual inspection with acetic acid (VIA) using realistic simulation with an electronic feedback mechanism. The training model features a simulated vaginal cavity that allows a student to pass a speculum and examine a pictured cervix. The student using the training model is guided through the process by using theArduino microcontroller and LCD screen. Images of cervixesbeforeandafterapplying acetic acid are shown ona set of acrylic tabs. These 8 tabs can be inserted into the left side of the training model box and are visible behind the simulated vaginal cavity.

The Visualize trainer will allow midwifery teachers and midwives to train other midwives and midwifery students in visualize inspection with acetic acid. When paired with a comprehensive lecture outline, the trainer allows students and midwives to experience anatomical and procedural fidelity before moving onto clinical training. Ultimately, this will allow more trainers to teach other midwives and midwifery students, will arm more midwives with the skill of performing VIA, will result in more women being screened for cervical cancer, and therefore will lead to a decreased cervical cancer mortality in LMICs.

A number of people and organizations have attempted to address the issue of cervical cancer detection and early treatment before, but none through the lens of trainer-based education. Most programs have focused primarily on the role of VIA in cervical cancer screening in low- resource settings, and in general, their results have been very positive. However, none of these programs have focused specifically on developing and distributing an effective training method. This is the gap we are working to fill. We feel that the solution to increasing cervical cancer screening in LMICs can be a cadre of empowered midwives armed with a new skill to serve their community instead of a high-tech screening device.

Our immediate next steps include exploring how the training model can be integrated into nursing and midwifery curriculum in Ghana and into the hands of midwives interested in training other already working midwives. We have support from the Nursing Midwifery Council of Ghana and Ghana Health Services. Recently, we partnered with Zurak Cancer Foundation and are actively investigating local manufacture of the device and creating device prototypes in-country.

OR
LOGIN WITH facebookLOGIN WITH twitter
DON’T HAVE AN ACCOUNT YET?
BrowseFundingInnovationsFunders
PARTNER WITH USData on GIEOur Data PartnersGIE Custom
Global Innovation ExchangeAboutNews & BlogsTerms of UsePrivacy PolicyContact
NewsletterStay in the loop about new features, updates and more.
Register