Patented working prototypes precisely track sun without electricity for hours using 1.5m concentrating dish or Fresnel lens to "charge" thermal storage unit, which once heated can be removed and used as cooking hot plate and for PV/CPV, cooking etc.

Clean Cooking, Solar, Climate Change and Resilience and 2 MoreSEE ALL 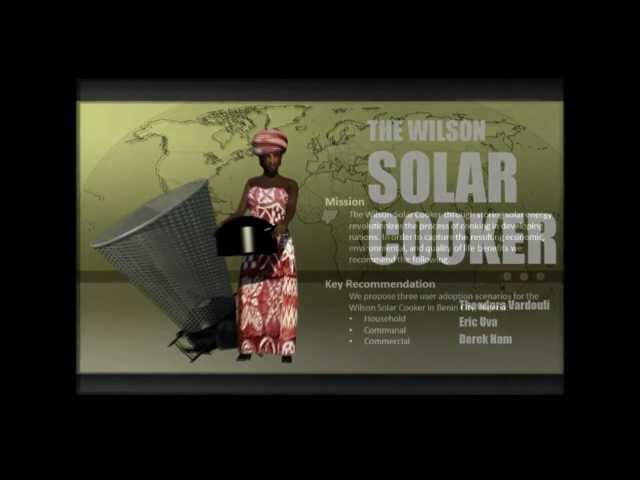 Worldwide, smoke inhalation from cooking with wood has more ill effects on humans than TB, HIV and Malaria combined. Other direct harms include the desertification of the environs and release of significant carbon into the atmosphere. The opportunity costs of cooking with wood are equally devastating to those populations. Entire populations walk great distances into dangerous contested areas for firewood instead of attending school, growing gardens or other productive activities.

The Suntraption, with its inexpensive non-electric "drip drive" continually and precisely points a solar dish at the sun for hours a day with no electric components. Solar radiation from the dish is targeted onto a portable thermal storage device containing PCMs (phase change materials) which collect this heat. Once heated or "charged" this portable storage device can be removed from the Suntraption and used like a stove top for cooking. The Suntraption is like a solar harvesting tractor.

The most critical need is in the developing world. Reducing the existing stresses on these inhabitants and their environment will have spillover benefits to the world at large. It is amazingly practical and easy to use and there are no limits to its application. The Suntraption, like a tractor, can be fitted with all sorts of solar-harvesting devices. Cooking, boiling, steaming and photovoltaics are areas where this developing technology can be expanded.

As an alternative to cooking with wood, the Suntraption with the Sun Bucket thermal storage unit has the potential to free millions of people from premature death due to smoke inhalation, substantially reduce carbon emissions and help reverse deforestation. The alternatives to the dangerous activities of hunting for wood might include attending school or growing and maintaining gardens. Efficiently generated electricity can help power communications and recharge batteries for basic lighting.

Beside the earlier-described expensive solar tracking technologies, there are dishes available on very inexpensive gimbals that work well but the user must continually re-aim the dish at the target.. The Suntraption moves for hours without attention. Even without the drive, this device will track with just a forward nudge, rather than a continual 2-axis search. Furthermore, electric tracking is relatively costly and complex and will likely be problematic over time in a developing environment needing motors, sensors or CPU with complex algorithms, power supply, backup power supply, etc. The Suntraption was developed to explicitly circumvent theses conventional tracking downsides.

We are presently fabricating the first production prototype. Sun Buckets Inc. https://www.sunbuckets.com/ from Urbana, IL, is interested in deploying the Suntraption with the testing of their "Sunbucket" thermal storage unit. They have ongoing tests in Haiti and Kenya and have recently been recognized by the Clinton Global Initiative. Our immediate need is to understand production costs to finance the advance this critical collaboration.