The Drought Resilience Impact Platform is designed to ensure that even when rains fail, water is still available and drought emergencies no longer affect the Horn of Africa.

Using satellite-connected sensors, our team is monitoring the water supplies of over 3 million people in arid Kenya and Ethiopia. Our data is being used by local utilities, non-profits, regional and national governments, and international donors.

Rwanda, Kenya, Ethiopia and 2 MoreSEE ALL 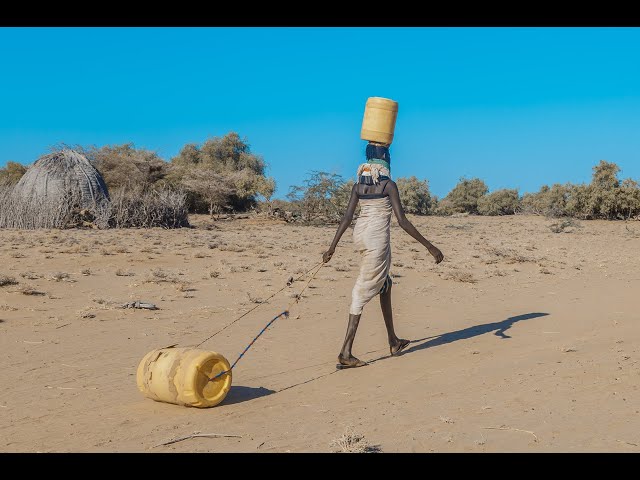 Millions of people living in the drought prone Horn of Africa are facing persistent threat from a lack of safe, reliable and affordable water year-round. The arid regions of Somalia, Kenya and Ethiopia have experienced increasing frequency and severity of drought conditions, which are expected to further increase in coming years. The 2011 drought in East Africa caused food shortages for over ten million people across the region and over 260,000 deaths in Somalia alone. The recent 2016-2017 drought in Kenya resulted in over 3 million people facing food insecurity. Preventable death and malnutrition hits hardest in the nomadic and pastoral communities - UNICEF estimates that there are 19.5 million pastoral people in the Horn of Africa, of whom 40 percent survive on less than one dollar a day. Drought emergencies occur when reduced rainfall, exacerbated in recent years by climate change, conspires with with limited community capacity and institutional failures to cause dramatic reductions in access to water for people, livestock and agriculture. This lack of water results in catastrophic crop failures, public health stress, economic shocks, and displacement of people, disrupting patterns of nomadic migration.

Using satellite-connected sensors produced by our spin-out social enterprise SweetSense Inc., our team is currently monitoring the water supplies of over 3 million people in arid Kenya and Ethiopia. Additionally, our local and national partners are linking this data to regional water service providers, local government leaders, and national policy makers in order to create an accurate picture of resource availability, and thus improve water services and drought resilience. We are currently running impact evaluations in Kenya and Ethiopia focused on improving water access during extreme drought. Our data is being used by local utilities, non-profits, regional governments, national entities and international donors. Previously, in Rwanda, we demonstrated a 10x reduction in water system downtime (from 200 days to 20 days) using our sensor-triggered repair system.

While our sensor network has broad regional benefits, we have identified nomadic and pastoralist communities as particularly vulnerable to the effects of water shortages in a drought. We specifically target many of the most vulnerable populations within sub-Saharan Africa - agriculturalists and pastoralists living on subsistence farming and livestock, who are prone to migration due to water and resource insecurity, and are often demographically marginalized ethnic groups. Preventable death and malnutrition, exacerbated by recurrent drought, hits hardest in the pastoral communities - UNICEF estimates that there are 19.5 million pastoral people in the Horn of Africa, of whom 40 percent survive on less than one dollar a day. In Ethiopia, nearly eight million people are affected by drought, food insecurity, floods and conflict. Political strife, exacerbated by the economic and social pressures of drought and food insecurity, has led to conflicts in the Somali, Afar and Oromia regions. In the northern districts of Kenya where we are presently operating (Garissa, Wajir, Turkana, Isiolo, Marsabit), there are hundreds of thousands of refugees in United Nations camps, including refugees from Somalia, South Sudan, and Ethiopia. In Marsabit, 10,000 Ethiopian refugees live outside of UN camps, in Turkana over 185,000 South Sudanese live in the Kakuma camp, and in Garissa 245,000 Somali refugees are in the Dadaab camp. We seek to empower these nomadic communities to increase their drought resilience and water security, helping to preserve their way of life. Within these communities, it is often the women and children who are responsible for trekking to find water. We should also note that the nature of our solution actively benefits individuals with disabilities. The trek to find water is felt disproportionately by individuals with disabilities - for many, longer distances would be unmanageable. By ensuring that water is consistently available at predictable locations, we ensure that all individuals in a community have the same ability to fulfill this basic human need.

We can end the cycle of drought emergencies in the arid regions of Kenya, Ethiopia and Somalia. The solution is DRIP - the Drought Resilience Impact Platform, which ensures that even when rains fail, water is still available and drought emergencies no longer affect the Horn of Africa.

Our innovation is simple: low-cost, satellite-linked sensors for remote monitoring of motorized boreholes, which in turn enable the government agencies who are responsible for maintenance to effectively deploy resources to minimize borehole downtime. As an example, in 2016, our team designed and installed remote monitoring sensors on approximately 120 motorized boreholes in northern Kenya. Motorized boreholes were selected by counties for sensor installations because they provide vital access to deep groundwater resources during the dry season and impact large human and livestock populations. Data related to water system functionality, the approximate number of pumping hours and volume extracted per day, and the last report date for the sensor were made available online. In addition, we developed dashboards that are used to inventory each county’s water points, including motorized boreholes, handpumps, and water catchments, to display site functionality, use estimates, and maintenance records through an online web dashboard. Our sensors represent an improved technology. Sensors provide near real-time feedback on borehole functionality and use. An electric current clamp records whether the submersible pump is running with forty-minute sampling intervals. These current signals are then used to estimate the approximate amount of time each site is being used each day. Data is logged locally on each sensor and then transmitted via cellular and satellite networks to remote servers for analysis. Each day an script estimates the approximate number of hours of use for each site. Where flow rate data are available for specific pump sites, the length of use is used to estimate the amount of water extracted at each site.

We are scaling across Kenya and Ethiopia, and seeking to expand in the Horn of Africa, to link our data to sophisticated water resource monitoring and forecasting tools providing actionable information and supporting an enabling environment for communities and institutions to proactively ensure that water access is maintained during droughts.