Using the energy from our system, people are able to power the Lemon Grass distillation plant and Cardomon dryer. The system also powers schools and tuition centres in the village. The village is benefited both economical and education wise

The system has been successfully deployed in two villages in Kerala, India. The villagers are using our system every day to distill the lemongrass oil and cardamom. We are targeting to deploy this system at various other rural villages in India
Registered in Indiain India 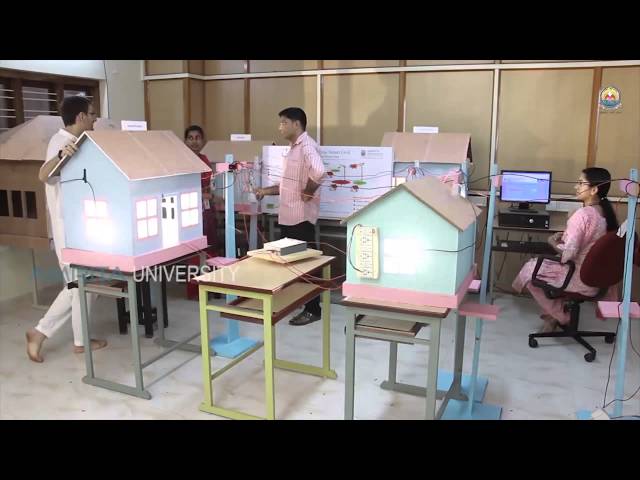 Komalikudi is a village located in the Western Ghats of India. There are around 60 people living in this village. The literacy rate in this village is far below the state literacy rate. The village is also economically backward. The daily wages of these people is $7. These people are left with no money for their basic needs. So ultimately they couldn't afford to pay electricity bills. Without electricity the students couldn't study at night, Self Help Groups couldn't operate their machines.

Our team developed a renewable energy based system that costs around $2000 per kilowatt of energy. The system consists of Solar Panels, Battery Banks and Inverters or a Micro Hydro Power Generator based on the terrain condition. Our system supplies 24x7 electricity to the village using renewable energy.

The primary beneficiaries of our system are targeted towards the younger generation. Next target is the women in the village who are focusing towards income generation by forming a self help group based small enterprise

The younger generation kids can now learn at night. Self Help Group people need not depend on big factories for their day to day production. Now they can use our system to power their dryer and distillation plant and generate income

Our solution consists of clean renewable energy where villagers have to invest once and they get free energy throughout the year. The system is also hybrid, ie. it can use multiple renewable energies like solar, wind and hydro. We also have demonstrated a system that has biomass and solar energy. This system is capable of converting waste to electricity.

We plan to install our system to various economically backward communities in India, Malaysia and Sri Lanka.

Our team consists of people who are more focused on rural empowerment and most of the volunteers are from the same village who better know the need of the village.